Python is an interpreted, high-level, general-purpose programming language. Created by Guido van Rossum and first released in 1991, Python’s design philosophy emphasizes code readability with its notable use of significant whitespace. Python Support artificial intelligence so python is the first choice of developer.

Java is a general-purpose programming language that is class-based, object-oriented, and designed to have as few implementation dependencies as possible. Java is at the heart of our digital lifestyle. It’s the platform for launching careers, exploring human-to-digital interfaces, architecting the world’s best applications, and unlocking innovation everywhere—from garages to global organizations.

PHP is a popular general-purpose scripting language that is especially suited to web development. It was originally created by Danish-Canadian programmer Rasmus Lerdorf in 1994; the PHP reference implementation is now produced by The PHP Group. 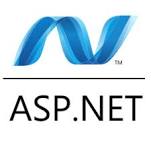 ASP.NET is a developer platform made up of tools, programming languages, and libraries for building many different types of applications. ASP.NET extends the .NET developer platform with tools and libraries specifically for building web apps. ASP.NET is an open-source, server-side web application framework designed for web development to produce dynamic web pages. It was developed by Microsoft to allow programmers to build dynamic web sites, applications, and services.

if you need any trend Serch Use Google Trends https://trends.google.com/

What is E-Commerce discuss its advantages ?

Electronic commerce, commonly known as e-commerce, is a type of industry where buying and selling of products or services are conducted over electronic systems such as the Internet and other computer networks. The way of doing business with the use of computer and communication technology has simplified the business procedure and increased efficiency. Combining with […]

The full form of HTML is Hypertext Markup Language. It is used to create most web pages. There have been several versions of HTML since the Web began, and the development of the language is overseen by an organization called the W3C (World Wide Web Consortium). Some stricter rules were added to HTML 4.01, creating […]