According to Dr Robert Hecht nielsen

“a computer system made upon a number of simple highly interconnected processing elements, which process information by their dynamic state response to external inputs”

an artificial neural network, there are several layer work upon it. Like the input layer, hidden layer, and output layers. input layer neurons get their input directly from the data and hidden layers that use the other neurons output as input and whose output is used as the input for another layer of neurons, Finally the output layer produces the Artificial intelligence. 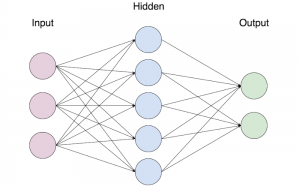 The Root Directory in Unix (Linux)

Emerging Technologies for mitigating the impact of the COVID-19 pandemic